BEST FILMINUTE
M-22
The documentary is awarded top honours by the jury for its original and compelling storytelling that resonated far beyond the one minute.

"Conveys such a deep sense of mystery" - Jury

PEOPLE’S CHOICE and
TOP RATED
MAYBE ANOTHER TIME
This hard-hitting drama gathered the most votes and comments from the public, and scored the highest star rating (4.9 on 5).

2013 CINECOUP PRIZE
EVENING CIGARETTE
Praised by CineCoup for the high-quality of its animation, narrative, and sound design. Film awarded $2,500 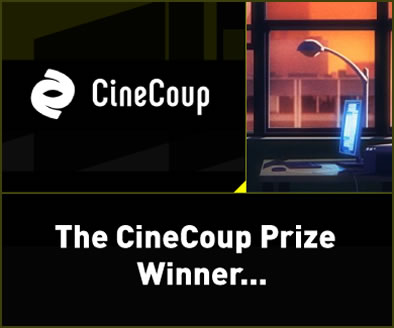